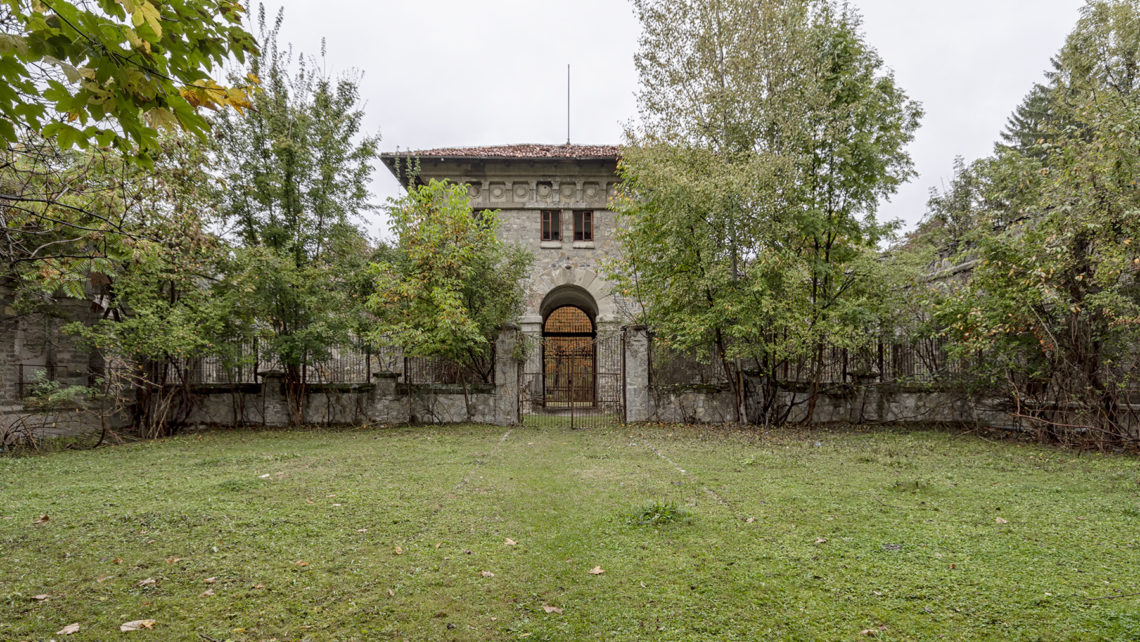 This location was one of the main spots of our little trip to Romania in October 2019. It had been a pin on my map for quite a few years already but we never really made plans to travel to Romania again. But then a friend of ours asked if we wanted to go on a short trip for a few days and we, my partner in crime Leon and I,  quickly suggested going to Romania for 4 days to do some exploring there. And so it happened… 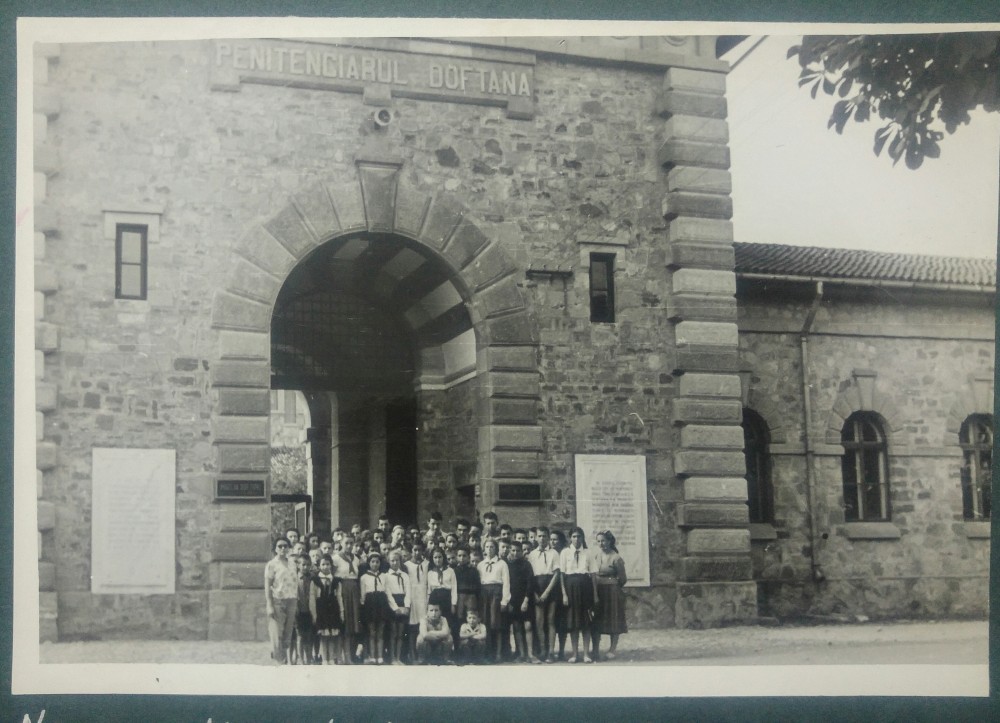 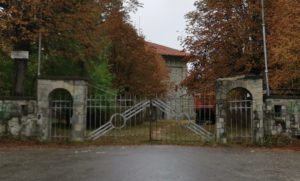 We arrived at Doftana early on a gloomy Monday Morning. Perfect setting to visit a derelict prison. After a quick scan of the surroundings we decided it would be best to walk along the outer fence to see if we could get onto the domain without climbing the gate or wall in the front. Walking along a path we quickly spotted a place where the fence had been trampled on before and thus we hopped over it as well. After a short walk we noticed a covered car next to a decaying house… I had read stories about the place being guarded and part of the house had curtains. Hmmm, well, better safe than sorry so we quietly backed up and walked in between some bushes so we would not be visable from the house. Once we reached the main gate we swiftly ran across the open field and dove into the side of the tower where we were greeted by a room with big iron bars. Here we could climb through a window and enter the main first courtyard. We walked along the wall and got into the actual prison itself.

Inside we followed the curves of the building and went up the first set of stairs on the left side. Heavy snowfall in the winter of 2011 has caused the collaps of large parts of the roof and many of the roof tiles covered the hallway. We tried to walk on them a quietly as possible but it was hard to make no noise at all. Suddenly a dog began to bark in the distance and he wouldn’t stop. We walked back the way we came and decided to circle the other way around, hoping he wouldn’t hear us on the other side of the building. It seemed to work because he went quiet again. Time to shoot some photos!

Soon after we started photographing all three of us went our seperate way inside the building. Suddenly the silence hit me and I really started to take in the atomsphere. Looking around I could imagine what they place must have looked like in it’s hayday and how dark the small ‘dark cells’ must have been back then. I noticed that in the hallway almost all of the floor boards of the second floor were missing. I bet they were made from iron and we sold for scrap metal, or maybe they were made of wood and people took them as fire wood. Who knows.

I hate to say it, but I really loved the state of decay the building is in. I found the double hallways difficult to photograph, mainly because I prefere landscape orientated photos over portrait ones and the hallways were best photographed the portrait way. The explore itself was wonderfull. I loved roaming around the building. At one point I was shooting at the far end of the facility when I suddenly heard shuffling on the floor beneath me. I knew both my friends were on the other side of the building so I immediately was on edge and stood very still. The noise stopped as well…my heart was racing in my chest, maybe it was the caretaker. I quietly moved closer to the edge to see if I could peek down when I heard the sound again. As if someone was dragging their feet over the floor. I stood still for a few minutes but the sound had gone. I still don’t know what it was…but there was a lot of cowshit in this part of the building, so probably it was just that…a cow! *lol*

After almost two hours of exploring the prison my friends and I met up at the main entry, ready to leave when suddenly a car stopped outside the gate. We waited inside to see what would happen. There were two option: 1 – they would have a key to the gate and enter through it. Which could/would mean caretaker or guard and we would have to make a run for it. 2 – other explorers/tourists trying to find a way in. A man and woman stepped out of the car and … climbed the wall in full view of the surrounding houses! No legal entry but a stupid way in which made us decide to leave immediately because we didn’t want to get caught thanks to these fools. We got out, they didn’t even see us leave and went out the way we entered the grounds: over the fence a little further away from the main gate. There we waited a while, had a drink and the guys smoked a cigarette … and then we had a little fun. The man & woman wanted to come out of the building. Our friend who saw this, walked up to the main gate looking all bossy as if he were the caretaker. They saw him and IMMEDIATELY ran back inside and out of sight. He waited a while at the gate and then we drove away…laughing out loud!! 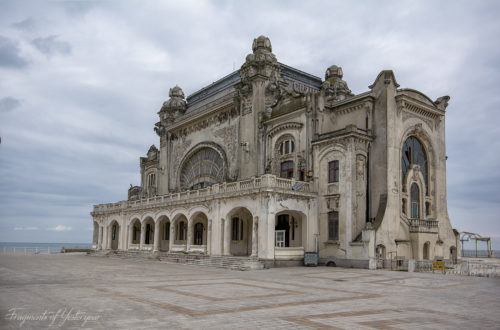